The History of the Afro and The Natural Hair Movement 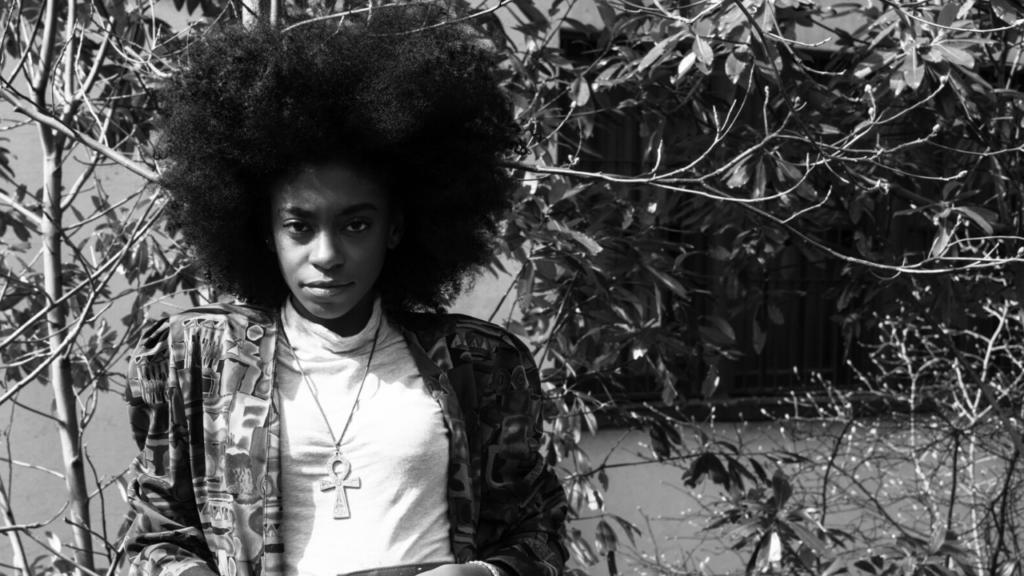 The afro, it is the epitome of blackness. When you think of black natural hair the first thing that comes to mind is this halo of curls, kinks, and coils that extends from our head like a crown of glory. To wear an afro means that you’re proudly putting your Blackness and everything that comes with it on full display. In my opinion, there is no natural hairstyle more glorious or expressive than this.

We as Black people see our afros as a symbol of pride, beauty, and heritage. We also see it as a way to push back against Eurocentric beauty standards. Within the last decade, there has been a surge of Black women all over the world who began rejecting the idea of processing their hair to meet these so-called beauty standards and instead opted to wear their natural hair. This was (and is) known as ‘The Natural Hair Movement’ and the world hadn’t seen anything like it since the ’60s and ’70s.

The history of the afro can be traced back to the Motherland. In Africa, afros, braids, and other tribal hairstyles were the norm. Hair was used to define roles, hierarchy, status, and within the tribes’ community. It was also used as a way for the women to gather together and socialize, like a modern-day hair salon. They would pass these styles and their symbolism down from generation to generation. Then in 1619, the colonizers arrived, and tragically everything changed.

As Africans were captured, stolen from their land, and forced into slavery those traditional hairstyles, including the afro, came to America. By the 1700s, white people made it known that Black hair was “nappy”, “wooly”, and “ugly”. And for the next almost 350 years, Black people would be subjected to hearing how anything other than straight European hair was unacceptable, among other abhorrent dehumanizing conditions.

It wouldn’t be until the mid-1960s when the first natural hair movement on record started. It was known as the ‘Black is Beautiful’ movement. Like today, the movement was about embracing the beauty of our skin tones, facial features, and our crowns. Marcus Garvey infamously stated, “Don’t remove the kinks from your hair. Remove them from your brain.” when speaking how Black people needed to deprogram how they saw themselves and their hair. It was a call to end the need to culturally assimilate into white society.

This movement in tandem with the Civil Rights Movement gave Black people the motivation to reconnect with their hair roots. The afro would be the first step in saying aloud, “I’m Black and I’m proud“. While various natural hairstyles were worn like the high puff pony or afro puffs it was the afro that was the go-to style for many Black women. It quickly went on to become a symbol of Black people loving and embracing their natural selves.

The transformation from processed to afro was an important step because Black people, especially women, went centuries being told our natural hair was unacceptable. Now we were telling the system we were no longer playing by its rules, and the world took notice. By the ’70s afros were bigger and even more magical, but more than that, they were everywhere – on celebrities, book covers, in films, and on television. Whether white people liked it or not, the afro was here to stay.

Since the early 2000s, the movement with the help of the internet has transformed and grown bigger than ever. Now called ‘The Natural Hair Movement’, the next generation now has an easier way of showcasing their afros. Today, the natural hair movement is still about the refusal to process one’s hair and Black pride but also about growing and maintaining healthy hair. There are countless websites dedicated to positive imagery and the nurturing of natural hair. Social media hashtags such as #afro and #NaturalHair are used daily by people all over the globe for the sole purpose of spreading the message that Black IS beautiful. Seeing this new movement pick up where it’s predecessor left off and evolve into what it is today is a wonderful thing to behold.

To read more on this topic check out NWSA Journal ‘Hey Girl, Am I More than My Hair?: African American Women and Their Struggles with Beauty, Body Image, and Hair‘ by Tracey Owens Patton. I also recommend checking out Michael July’s Afros: A Celebration Of Natural Hair. This is a coffee table book that sometimes can be hard to find in your local bookstore but Amazon has it available. There are some glorious images in it that really showcase the beauty of the afro.

Share your comments on the history of the afro below. Tag me in your afro pics on social using #TMABlog.

Maria Antionette is a professional hairstylist, DIY creator and fashion lover with a belief that beauty can be fun, easy and simple.

- Hey Guys,
I am Maria Antoinette, and I’m a Beauty and Lifestyle Expert who is totally in love with all things beauty, fashion and DIY. As a wife, mom and entrepreneur I understand the stress of balancing it all, my soul purpose is to encouraging women to simplify their lives, through a DIY lifestyle. Here at TMA it's all about simple, fun and informative living. Thanks for joining me! Click here to read more…

Never miss a beat! Sign up for the TMA Newsletter to be the first to know about exclusive giveaway, announcements and special events!

This popup will close in: